Once upon a time, Na Kluea was a fisherman’s paradise with emerald green, crystal clear waters and an abundance of sea life for the local fishermen to harvest.

But 50 years ago, during the Vietnam War, the area morphed into a popular tourist destination beginning with the arrival of U.S. soldiers ‘on leave.’

This led to an unprecedented wave of tourism in the area coupled with a gradual move toward industrialization that altered the region dramatically. Suddenly, the rich local ecosystem had all but disappeared. The once emerald waters had turned dark and murky, and the sea life that had been abundant for the local fishermen moved elsewhere.

As the sea life left the area, the number of fishing trawl boats increased. This increase in trawling further threatened the remaining marine life.

Fast forward to the present day. Mr. Boon-Ma Kosemleads a group of local fishermen in Na Kluea village. He and his group have been developing Fish Aggregating Devices (FADs) hoping their efforts might reverse the mass exodus of sea life.

Fish aggregating (or aggregation) devices are man-made technology used to attract fish and other aquatic animals. FADs usually consist of buoys that are tethered to the ocean floor with concrete blocks. Sea creatures tend to move around FADs in a variety of orbits, rather than remaining stationary below the buoys. FADs are commonly utilized in both recreational and commercial fishing.

Recent evidence has shown that since FADs have been deployed in Na Kluea, some of the fish that were considered long gone are starting to return to the region. Now larger fish and even lobsters that hadn’t been seen for more than a decade are making a comeback.

On Saturday, June 22, Mr. Boon-Ma Kosem welcomed a group of Yannix Volunteers who visited Na Kluea as part of Give It 2 Get It #27.

In the morning, Mr. Boon-Ma Kosem and his assistant, Mr. Pasakorn Klongnoi educated the Volunteers about the crisis at hand, and explained how to create/deploy FADs. This morning information period helped prepare the Volunteers for their afternoon work. They were informed that they could start as soon as low tide arrived.

While they waited for low tide, some local fishermen harvested mussels and crabs from the sea, and prepared a wonderful meal to thank the Yannix Volunteers in advance for the hard work that they would be contributing in the afternoon.

With the assistance of the Hydrographics Department of the Royal Thai Navy, sea level was monitored until it was determined that the tide was low enough for the Volunteers to safely perform their duties.

That’s when the Yannix Volunteers, wearing waterproofed suits, walked approximately 1 km. (3.280.84 ft.) through the muddy beach sands into the sea, to plant artificial sea grass. Volunteers dug small holes for planting, and used their feet and hands to secure the artificial grass in place.

The Yannix Volunteers knew before they arrived in Na Kluea that Saturday, June 22, would be no ordinary day at the beach. As such, they worked hard to help to make a difference and they appreciated the opportunity to learn under the direction of Mr. Boon-Ma Kosem and Mr. Pasakorn Klongnoi.

To learn more about how YOU can make a difference, please contact us at: ‪‪‬ 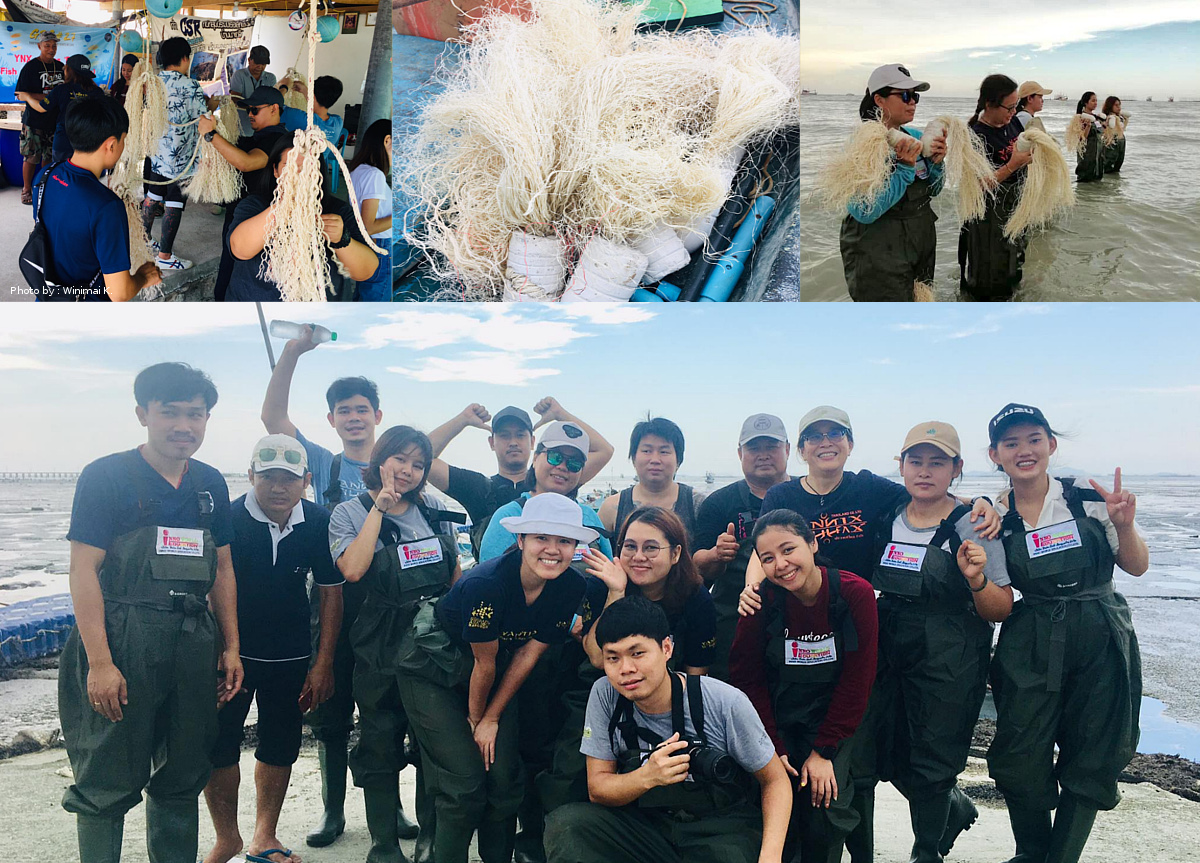